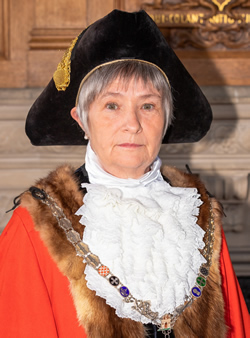 Councillor Sheila Little (née Rainbow) was born in Consett, County Durham and moved to Blacon, Chester in 1989. Sheila was first elected to represent the Blacon Ward in May 2019.

Sheila attended Blackfyne Secondary School, Consett and then completed a BEd (Hons) degree at the College of Ripon and York St John graduating from Leeds University in 1980.

Sheila has worked in primary schools around the United Kingdom specialising in early years and children with Special Educational Needs and Disability.

Sheila has four sons and two grandsons. She enjoys gardening and singing having performed in the last three cycles of the Chester Mystery Plays and is actively involved in many of the voluntary organisations in Blacon. She is Vice Chair of Governors at the Arches Primary School in Blacon.